You know it’s fall when leaves turn and college rankings are published!

Of course, U.S. News isn’t the only one producing college rankings. More lists! What’s a parent or college-bound kid to think about all these lists?

A sentiment that I’ve heard from wise College Prep Parents for many years is, “If you look at enough college rankings, you can usually find any college rated high in some category.” The wide array of college ranking lists are popular with grads when their school is ranked favorably, and with college shoppers when schools they have heard of show up near the top.

The question is, can the rankings be helpful to the college shopper?

I really wrestled with writing this article, because some folks can be dismissive of college rankings. But there is some help in these lists… just not always as directly as people think. In the end, I decided to write what I share with the parents of my students. Hopefully it’s helpful to you.

Some lists give an extensive explanation of the factors they use to rank schools. Lists that give the details of their ranking criteria can be helpful for a couple of reasons.

First, lists help the reader realize the importance of certain factors – even if they had not considered these factors before. To me, this feature of published rankings may be the most helpful of all. After the surprise/affirmation of which schools achieve the “Top Five,” a College Prep Parent or their college-bound kid can drill down to get the information about what positive (or negative) attributes are found on which campuses. And whether the schools your student winds up considering appear in those lists or not, you have an idea about some attributes that might be desirable in colleges.

Second, these lists can help compare schools to each other, based on the criteria that’s listed (if both schools are on the list you’re viewing). One school may even be higher than another for “overall grade,” but lower when it comes to an aspect that matters to your family.

The categories used by ranking lists help describe the colleges in ways that might be new to students (and even to their parents).

I find it helpful to take students through lists that include colleges they’re already familiar with. Students don’t have to be immersed very deeply in those lists before they find out that there are some major differences between schools they had previously only known as “good colleges.” The categories in the rankings – “Regional Liberal Arts Schools” vs. “National Liberal Arts Schools” vs. “National Research Institutions” – get students thinking about how much there is to consider when they are looking for their own “right fit” school.

Regardless of where a school ranks on a certain poll, and how many schools are listed, the fact that a school is recognized and makes itself available for close inspection says that it is considered by somebody as a player in the college game. Unless it is ranked as the “newest school on the block,” it has a record of past performance.

What’s more, on some lists the sheer number of colleges included can give the college shopper one very accurate impression: There are a whole bunch of quality schools out there. It’s useful to realize just how many great places a college-bound kid can choose from.

Depending on rankings is limiting to the student.

Occasionally students come to my counseling office with a copy of some college ranking list, saying something like, “I have to go to a school on this list.” Some are more serious with this claim than others, but it does start a good conversation.

Usually the student is really saying that they want a rigorous school for their higher education. But sometimes students are convinced by the myth that to get a good job / be successful / have a life, they must go to a famous school. Although not as prevalent as it once was, the myth that all leaders of certain fields will come from “a famous U” is still around. Yes, most of the highly ranked schools are excellent for certain things, but there are hundreds and hundreds of colleges and universities with distinctive strengths that afford serious students some incredible opportunities. To put too much reliance on published rankings runs the risk of missing out on a student’s best fit.

There are categories in the rankings that only recently started to appear. Rankings for the “safest school for women” and “the soberest” and the “most red” / “most blue” are just a few of the ways that some schools are judged. And that’s helpful… IF a student or their family is looking for those things.

But the real culture of the campus and a true sense of the relationship between the faculty and the student body are very difficult to gauge from reading a ranking list. The spiritual atmosphere, or the international awareness, the economic diversity on campus, affordability in your particular situation, and many other aspects are hard things to portray with data. That’s one more reason “you gotta go to know.”

Some of the “important” ranking criteria may not matter to you or your high schooler.

Every year when the new rankings come out, I pay attention to new criteria they use to judge certain aspects of schools. For some readers, I’m sure it matters how many students study abroad. For some readers, access to 24-hour tech support is huge. Others are swayed by the availability of golf courses or tennis courts. But for some readers of these rankings… those critera don’t matter in their choice.

My encouragement to all College Prep Parents is for you to take time, with your student, to consider your true “make or break” factors in considering schools. I think the college shopping process is time well spent when it is clear what you are looking for. When rankings help identify what you should look for, and then show you where you can find it, they’re useful. Other times, they may distract from finding the school that’s right for your college-bound kid. 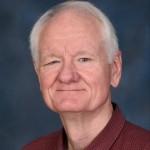