Benson Hines – Mark’s son – has a unique view of the college prep process. In this post, you’ll discover one of the big reasons why he understands the different types of colleges that may fit the future of your student.

The other day my dad posted “Five Ways to Shorten the College Search List,” making the important point that college contexts differ. While it may sound strange, a lot of my own story has involved discovering that very truth about the many different types of colleges. So I thought I’d introduce myself by sharing my own adventures of learning about the wide, wide world of American colleges.

View 1: My Own College Search

As a high school kid, I was open to attending a variety of different colleges, and the list of schools I eventually applied to proves it. The Christian schools I considered included Chicago-area Wheaton College, one of the best-known Christian colleges out there, and Grove City College, a much lesser-known (but very unique) institution nestled in a rural Pennsylvania setting. The public schools on my list included in-state Texas A&M University and out-of-state Auburn.

Who knows if any other kid in the nation had these exact four schools on his “list”? They’re clearly different types of colleges.

With the diversity of schools, there were lots of variables at play. Would I land near a huge metropolitan area by choosing Wheaton? Would I go as far away as possible by picking Grove City? Or would I leave the comforts of home and the comforts of a Christian school climate by choosing Auburn? Ultimately, I chose Texas A&M University – still a big state school, but only about three hours away from home.

In that process, and in all the college catalogs and viewbooks and web pages I examined, it became clear I was making a definite choice. Each of those schools was different from all the others – even if they initially appeared similar.

Flash forward a few years later. (I finished college early – a story I’ll save for another day.) I graduated from Texas A&M and trekked to the mid-sized West Texas town of Abilene. That city had not just one university but three, all of which happened to be Christian schools: Hardin-Simmons University (a medium-sized Baptist school), Abilene Christian University (a large Church of Christ school), and McMurry University (a small Methodist school).

Are you noticing some differences in these colleges already? Even though these were all private Christian colleges located within a few miles of each other, they differed pretty radically from each other (as their students would gladly tell you). Theologies, student life, sports, and other aspects made each college a very distinct place.

But I also noticed differences between these schools and what I’d experienced at Texas A&M. I arrived in Abilene with a goal: to minister to college students, something I’d already begun practicing as a student leader in college. But (to my detriment) it took me several months to reach a very important aha moment: Christian ministry would proceed differently here than it had at A&M. Different types of colleges meant different types of students, and different needs and wants.

The needs of these Abilene students differed from the needs at Texas A&M. So did students’ everyday experiences at these smaller, family-like campuses. The religious aspect of these schools created many differences – some positive, some negative. And so on – both the ministry I was hoping to undertake and basic interactions with campus, faculty, and town felt worlds apart from where I’d been.

I hope you’re starting to see why I would join my dad in preaching the importance of “collegiate context.” I was learning firsthand how unique collegiate contexts could be. But then something crazy happened.

From August to August, I visited a total of 181 college campuses and sat down with about 300 men and women to learn more about their efforts to impact students. This meant I explored the amazing variety of collegiate contexts out there. I took several more trips after that one, and I’ve now set foot on 350+ college campuses in 49 states. (Alaska, I’m coming your way someday!)

And every step on that journey made it quite clear: Each college is its own world.

I could regale you with stories of obviously unique places, like Nashville’s Belmont University, known especially for its music (and music business) programs, where a friend once described seeing his fellow students silently “conduct music” on the way to class.

I could point out the social, political, academic, and spiritual differences between schools situated within the same state – whether we’re comparing the Husky tribe of the University of Washington and the Cougar tribe of WSU, Ole Miss and Mississippi State, Virginia Tech and UVA, or Alabama and Auburn. (And of course I could go on).

Some colleges meet in skyscrapers (at NYU, for instance). Some have a residential campus but a middle-of-the-city context (like the University of Pittsburgh). Plenty of colleges reside in a true “college town,” while others enjoy the advantages of placement in a state’s capital city.

Even schools normally clumped together differ from each other. This point was highlighted, for instance, as I explored Cornell (the largest of the Ivy League schools), wandered the awesomely woodsy grounds of the Santa Cruz campus of University of California (including finding a banana slug, which happens to be UC Santa Cruz‘s mascot), and explored schools like Trinity, Moody Bible, and Wheaton – all Evangelical schools in the Chicago area, but all with different emphases and legacies and environments. The Ivy League colleges aren’t all the same, just like schools in a state school system can differ wildly. And schools in the same city – even ones with apparent similarities – can still be worlds apart.

So like my dad wrote, you don’t want to imagine that every school’s basically the same. There are different types of colleges across nations, states, and even cities. Instead of assuming similarities, you and your kid will want to get online (and get on campus) to start finding the best fit. 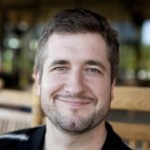